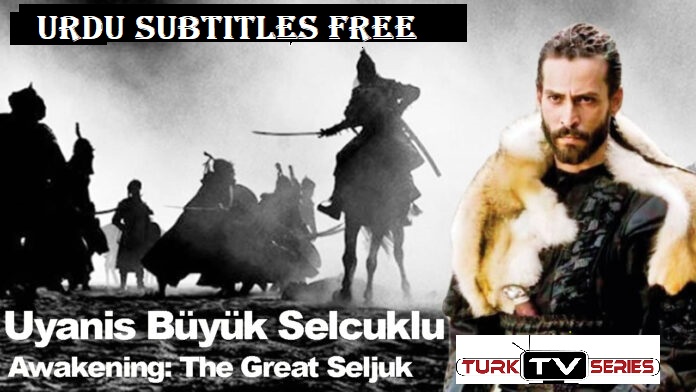 After the success of historical TV drama series Dirilis Ertugrul, Payitaht Abdulhamid and Filinta, a new historical drama series Awakening: The Great Seljuk has been launched. The TV series is based on the life of gallant and brave warrior Malikshah. Let’s have an overview of the story. Sultan Alparslan occupied Manzikert and captured Anatolian crown for the Turks. After his death Malikshah has taken over the throne and became ruler. The young and brave Sultan Malikshah was trained on the battlefield and had fought alongside his father. He was trained by the Nizam al-Mulk who was the famous vizier. The newly enthroned ruler Malikshah experienced difficulties and obstacles.

He confronted Qavurt, his uncle and the Karakhanids who were settled in the east. The Ghaznavids and Karakhanids united and launched the attack on Seljuks, however Malikshah defeated them and captured Anatolia again. The neighboring states witnessed the powerful Sultan Malikshah and stopped opposing Seljuks after that while trying to come nearer to them and to create a strong bond. Malikshah, the gallant warrior had the aim to unite the Islamic world. He was crowned at the young age of 17 and had run the state for 20 years. After some period of time Ismailis assassins killed Nizam al-Mulk while he was travelling towards Baghdad. The Nizam’s death had greatly shaken Malikshah and he faced new problems. As a result of all those issues at state level, Malikshah was poisoned and killed by his enemies.

The TV series will be broadcasted on September 28th. The audience will enjoy the brilliant period of Seljuk Empire, wars and the state of affairs and internal structure of the ruling system, in this series. Let’s have a look on the characters and actors who will play the roles in this historical drama series.

Bugra Gulsoy (played Sultan Malikshah): He will be playing the lead role of Sultan Malikshah. Bugra Gulsoy is a talented theater and film actor who has started his career at very young age. His has recently played lead roles in famous drama series like, Kuzey Guney, Fatmagul’s Sucu Ne? , Mahalle and Ask Yeniden.

Hatice Sendil (played Terken Hatun): Hatice has played the role of the Sultan Malikshah wife. The renowned actress has appeared in a number of movies and TV drama series like, Kurtlar Vadisi: Pusu, Dila Hanim, Eylul, Yeni Hayat and Karadaglar.

Gurkan Uygun (played Hassan Sabbah): Gurkan has played the role of The Order of Assassins founder and the leader. Hassan Sabbah has complete control on his soldiers and he gave them drugs. He captured the Alamut fortress and settled there the assassination force. Halil Halid also known as Gurkan was casted for the role of Hassan. He has recently appeared in a TV drama series Payitaht Abdulhamid and worked in many different serials in his career. Some of those are Kurtlar Vadisi, Fatih, Kehribar, Muhtesem Yuzyıl, Deli Yurek, Kacak, and many more.

If you want to watch Uyanis Buyuk Selcuklu (Awakening The Great Seljuk) Series with Urdu Subtitles in 1080 resolution regularly may watch here which will be uploaded as soon as will be released. 👇👇

Cemal Toktas (played Imam Al Ghazali): Mufti Cemal, the famous Islamic Scholar has started appearing in TV drama series from the year 2003. Cemal has worked in successful movies and plays and also has received many awards in Turkey film and drama festivals. Some of those are Sila, Yilanlarin Ocu, Gunesi Gordum, Evlat, Boyle Bitmesin, Seytan Ayrintida Gizlidir, Kara Kopekler Havlarken, and many more.

Mehmet Ozgur (played Nizam al-Mulk): Mehmet has played the role of famous vizier of Seljuks, script writer and scholar. He has also been a part of many movies, theater plays and TV drama serials. Audience remembers Mehmet from the characters he has played in Muhtesem Yuzyil (Lutfi Pasha) and also Filinta (Qadi Giyasettin). Some of the other roles played by Mehmet are Ya Istiklal Ya Olum (Either Independence or death), Muhtesem Yuzyil (Magnificent Century), Abluka (Frenzy), Vuslat, Soz, 125 Years Memory, Sari Sicak (Yellow Heat), Filinta, Calikusu (Love Bird). He was also casted in the booming projects like Suskunlar. 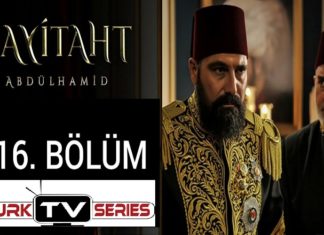