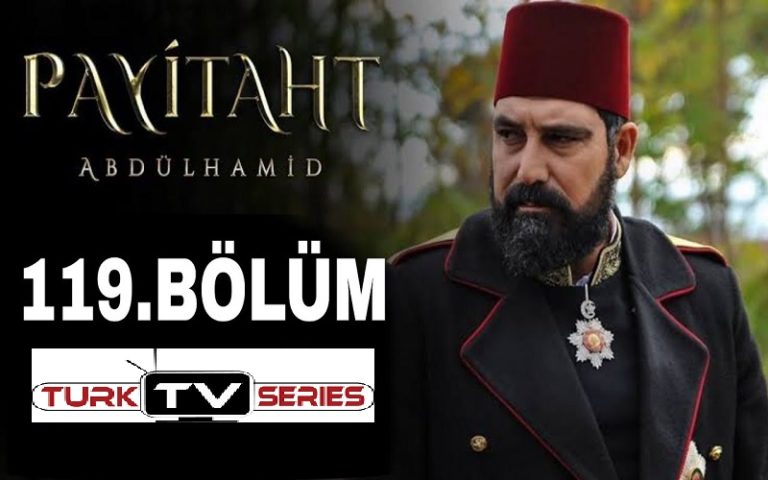 In Payitaht Abdulhamid Episode 118, When Sultan Abdulhamid comes to know about the plan of Hechler, he tells that he will make improvements in Rumelia, and the emperors of Russia and Austria cannot intervene with the lands of Ottoman. Hechler, who comes to know that Abdulhamid will improve, becomes helpless. Halil Halid with other agents is entangled inside a house. Halil Halid says to Soghutlu to go to the chimney and secretly open the other door of the house. Soghutlu sees that Nadir Bey is stopping the agents of the British. Sultan Abdulhamid goes to a room in the palace with Hechler and exhibits a mortar there. Sultan Abdulhamid speaks about the history of the Ottoman and teaches him a history lesson. Madame comes to know that  Gulcemal has released the prisoner in the laboratory and becomes furious. Bidar Sultan starts to be doubtful of Gulcemal. Hechler gets angry with Sultan Abdulhamid. Sabahaddin says to Hechler to do as early as soon. Sultan Abdulhamid says that he will reward Sinan a medal. Meanwhile, Zekiye goes back to the palace. Zekiye Sultan feels sorry to her father for leaving the palace and narrates the story that Naime has rescued her. Naime Sultan tells that Marco kidnapped Zekiye. Ottoman Coat of Arms (Tughra) and its Representation Adopted by Sultan Abdulhamid 2 | Each Element

In Payitaht Abdulhamid Episode 118, Madame sees Marco in a wooden box and speaks that she will execute him for his deception. Hunkar orders to Ahmed Pasha to look and execute Marco. Bidar Sultan says the facts about the death of Zishan to Zekiye. Goldschmidt goes to the embassy and speaks he wants to destroy everyone. Hechler tells them he has hired a professional killer to kill Abdulhamid. Goldschmidt says to Diana about the killing of Abdulhamid after when he leaves the room of Hechler. Halil tells about the new plan of Hechler to Hunkar. Hunkar thinks a plan about using the Russian ambassador. Hechler thinks to use Zuluflu Ismail Pasha. Hunkar comes to know about the situation of Zuluflu Ismail and sends Hakki Bey towards the hospital. Dilruba meets Madame and says to her about the current situation of Gulcemal. Ismail Hakki Bey meets Zuluflu Pasha. Ismail Hakki Bey tells him that Hunkar whishes to meet to Zuluflu Pasha, but Zuluflu doesn’t agree. Dilruba meets Gulcemal and says to her not to say about Madame or about that Mehmet death. Bidar Sultan goes to the room of Gulcemal. Bidar asks from Gulcemal, but Gulcemal keeps quiet.

In Payitaht Abdulhamid Episode 118, Halil Halid begins to apply the plan of Hunkar. Ismail Hakki Bey goes back to the palace and tells that Zuluflu Pasha doesn’t want any meeting. On the way, Nadir Bey begins a fight and stops the car of Hechler. Meanwhile, Halil changes his get up in the British ambassador and goes to the killer Felix at the harbor. Hechler reaches late and considers Selim is the killer from France. Halil Halid says to Felix that he wishes the death of the Russian ambassador. Felix accepts to assassinate the Russian ambassador with a burst but he needs a written permission order from the embassy of British. Hechler and Selim start to discuss the murdering of Abdulhamid. Shehzade and Goldschmidt visit the school and discuss about the children’s education. Hechler becomes happy with the plan and tells that he will go to Zuluflu in the hospital. Mahmud Pasha and Hunkar discuss about the case of Zuluflu Pasha. Ahmed Pasha goes and says that Hechler will give many new written documents to Zulufl. Hunkar understands the plan of Hechler but doesn’t agree on the postponement of the trial. Hechler writes the order and posts it to a mailbox. Halil Halid gets this document and wishes to take a photo of Hechler and Felix. Hechler goes to the hospital and wants to meet Zuluflu, but Ahmed doesn’t agree on it. Hechler meets Zuluflu and hands over him the documents to use for trial in court. Zuluflu Pasha rejects the offer of Hechler. Zuluflu Pasha says that he is not a betrayer and takes him in his room. Zekiye receives a message from her hubby Ali and comes to know that he wishes to meet her. Felix set off and looks the ambassador of Russian. Asaf and Soghutlu follow Felix. Felix releases the agents and escapes away from them.

In Payitaht Abdulhamid Episode 118, Nadir Bey stops British agents and Diana and captures them. Tahsin Pasha goes to Hunkar and tells about the other Pashas are not well and disturbed by the condition of Zuluflu. Hunkar gets angry about what Hechler did. Soghutlu says to Tatar that not release Diana. Hechler tells Goldschmidt that Zuluflu will not cooperate with them and will be a witness of the case in the court. Karasu suddenly goes to the room of Hechler. Hechler starts to tell his idea to Karasu to erase Abdulhamid Sultan and shows the photo of Selim. Hechler says to Goldt that he will murder the Ottoman dynasty with the help of Karasu. Karasu orders that no harm will be given to Sabahaddin and his family. Meanwhile, Karasu looks at the photo of Selim. Hechler doesn’t agree with Karasu and speaks that he will destroy everyone. Goldschmidt asks about Selim, but Karasu doesn’t show anything. Halil listens to the conversations and moves towards the palace as soon as possible.

In Payitaht Abdulhamid Episode 118, Bidar Sultan meets Gulcemal and says to her that she will be a mother once again. Madame tells that Naime knows about Marco and Marco will go soon from Istanbul. Halil Halid goes to Abdulhamid and tells about the plan of Karasu. Mahmud Pasha goes to Sabahaddin and demands about the documents of Hechler. Hunkar is relaxed with Zuluflu’s decision and tells that he is in waiting for a message from Sabahaddin. Ahmed Pasha meets the agents and discusses the assassination of Felix. Halil Halid describes his plan to Ahmed Pasha. Hechler goes to the palace and says to Hunkar that he should give the throne to the Shehzade. Hunkar says to Hechler that he will be caught and arrested.

In Payitaht Abdulhamid Episode 118, Frida and Sabahaddin go to the room of Hechler and search documents for use in the court. Hechler looks at what are they doing, but doesn’t take action. Hechler informs Goldschmidt about Sabahaddin and Frida’s traitor. Hechler thinks a plan about Sabahaddin. Hechler discusses about innovation and reveals a paper to Sabahaddin. Frida doesn’t trust in Hechler’s words, but Hechler speaks continuously and cheats them. Ahmed Pasha informs to Hunkar about Hechler. Hunkar comes to know that many Pashas ready for revolution and calls those Pashas in the palace. When Bidar Sultan is talking to Naime, the news of the condition of Gulcemal comes. Halil Halid goes to the car of the Russian ambassador and says that the British agents will kill him. The Russian agents behave just like the plan. Ahmed captures the shoemaker. But Felix makes another plan and hits at the ambassador. When Shehzade and Goldschmidt are talking in the garden of the school,  then there is a blast and many children die. Bidar Sultan learns that Gulcemal has done to commit suicide. Gulcemal says sorry to Bidar and becomes unconscious. Hechler goes and says that he is fully ready for the case. Hunkar says to Tahsin Pasha to invite the soldiers. Soldiers arrest Hechler. Hechler doesn’t ready for this situation. Ahmed Pasha with the Russian ambassador goes to the palace. Ahmed Pasha tells that Hechler has put an order to assassinate the Russian ambassador. Hunkar tells that Hechler will be faced with the trail in the court.

Without ads, permanent access to Payitaht Abdulhamid Season 4 Episode 119 and many more can be achieved by subscribing membership on Multipoint TV by Clicking below button.

Have you Enjoyed Episode 119?