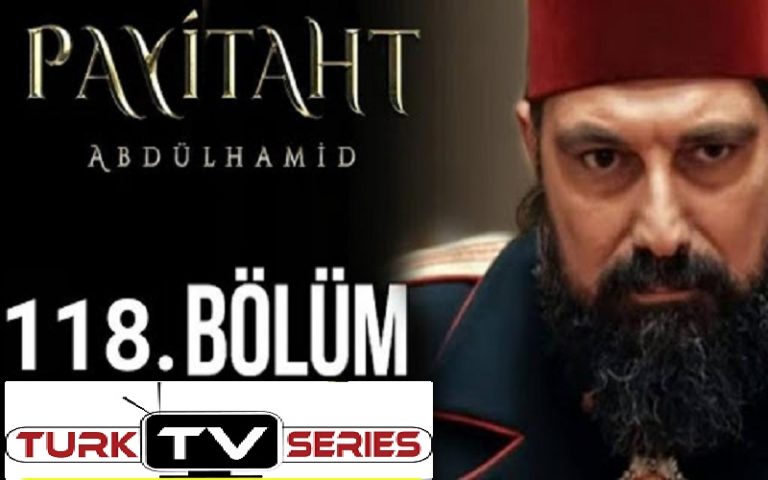 In Payitaht Abdulhamid Episode 117, Sultan Abdulhamid discusses Sultans and reign. Hunkar says to them that he will meet his brother and will talk to him. Hechler gets angry and tries to search out how Abdulhamid got the paper documents from the embassy British. Hechler blames Goldschmidt. Hechler orders  Goldschmidt that he should kill the men of Abdulhamid and take him out. Goldschmidt and Diana talk over the documents. Goldschmidt says Diana that he wants to murder Abdulhamid. Diana says she will assist in his plan. Goldschmidt comes in action to murder Soghutlu. Bidar feels sad and ashamed due to Zekiye’s escape. Naime and Shehzade Abdulkhadir try to relax Bidar Sultan. Meanwhile, Zekiye was kidnapped in a house. Zekiye Sultan’s efforts to talk to them who abducted her, but she couldn’t get a response. Soghutlu is guilty of his wrongs. Asaf tries to relax him and says to him that he can correct his mistakes. Hunkar thanks to Halil Halid. Hunkar tells him a plan to use a phone call to listen to the embassy. Halil Halid alerts and takes action. Hunkar says to Ahmed Pasha to talk to Zuluflu and know the reality from him. Ottoman Coat of Arms (Tughra) and its Representation Adopted by Sultan Abdulhamid 2 | Each Element

In Payitaht Abdulhamid Episode 117, Meanwhile, Halil goes and tells them related to the new job given by Hunkar. Agents start to plans about how to listen to the new phone line in the room of Hechler. Soghutlu meets Diana to fix his wrongs. Ahmed Pasha tries to talk to Zuluflu Pasha, but Zuluflu pasha says that I will not speak here and he will speak in the court. Ahmed Pasha again asks him questions. Zuluflu tells that Abdulhamid murdered his son and he saw everything. Hechler discusses with Sabahaddin and Frida about the current events. Hechler tells that he will protect Zuluflu Pasha. Mahmud Pasha and Hunkr go in the garden. Mahmud Pasha speaks that he cannot understand the disloyalty of Zuluflu. Hunkar tells that Zuluflu blames him for the death of his child. One guard enters the room of Zuluflu and begins beating him. After talking with Ahmed Pasha, Hunkar wants to go to talk to Zuluflu.

In Payitaht Abdulhamid Episode 117, Hechler orders to take Zuluflu to go to the hospital. Sabahaddin cant understand this and thinks that they will abduct Zuluflu. The doctor comes and examines Zuluflu and says to them to take Zuluflu to the hospital. Hunkar permits this. Mahmud Pasha goes to Frida. Mahmud Pasha says to her that the British will use her and Sabahaddin. Goldschmidt talks to Soghutlu and says that he will have died. Soghutlu and Goldschmidt begin fighting, and Diana enters. Asaf runs to assist Soghutlu, but Goldschmidt stops him and threatens him. Hunkar talks to Naime about Zekiye. Naime tells that she knows how Zekiye has run. Hunkar thinks that the enemies come in the room of his daughter and put poison. Zekiye offers the man a lot of money who kidnapped her. Abdulkhadir goes to meet Meziyet. Asaf enters in the headquarters and gives info about the plan of Soghutlu to them. Goldschmidt throws Soghutlu into the prison at the embassy. Selim and Ahmed Pasha go to the hospital to talk to the doctor. The doctor says that he has to put a report.

In Payitaht Abdulhamid Episode 117, Tahsin Pasha tells Hunkar that the treatment has been discovered. Frida speaks to Sabahaddin about what Pasha said and tells that Hechler is miss using of everyone. Sabahaddin thinks that he needs to talk to his father. Karasu and Hechler discuss Abdulhamid. Meanwhile, news and pictures of Zuluflu and the medical report about him reach to Hechler. Karasu tells that he has spoken to a hidden agency to ruin Abdulhamid. Sabahaddin leaves the embassy secretly and speaks to his father. Mahmud says that they need to know the plan of Hechler and says to Sabahaddin to know these plans. Sabahaddin tells that he is in love with Frida and can do everything for her. Hunkar mentions a judgment of the Prophet to Ismail Hakki and Tahsin Pasha. Tatar goes to the headquarters and tells that many people have left off from the new ship of British at the port. Soghutlu secretly unfolds the prison door and begins investigating the place in the embassy. Halil Halid comes to know that the men, that they have strong weapons.

In Payitaht Abdulhamid Episode 117, The people inside come after one another, and the handler kills them. Ahmed Pasha orders that no news can publish until the coming next order. Hechler knows the order of Abdulhamid and decides to utilize it in his favor. Hechler shows the photos of Zuluflu to the public on the road of the Payitaht. Mahmud Pasha begins a barbecue near the embassy of the British. Sabahaddin smells and learns that his father is arriving. When Mahmud is eating, he goes to him and he begins to eat too. Mahmud Pasha asks the plan of Hechler and about the men whom Karasu talks to. Sabahaddin tells about the plan of Hechler about Zuluflu. Goldschmidt meets Abdulkhadir at a bookstore and talks to him there. Halil Halid plans to come out with everyone from the British embassy. Mahmud Pasha meets Hunkar and tells about Sabahaddin. Hunkar learns the original plan of Hechler and says to Ahmed Pasha to talk to Halil Halid. Zekiye sends a letter in the palace and Naime pick this message. She does not show it to anyone in this letter.

In Payitaht Abdulhamid Episode 117, Abdulkhadir reaches to the school, where Goldschmidt does his job and discuses to him. Halil Halid and Ahmed Pasha discuss their plan. Bidar Sultan and Gulcemal tell that they should exist from the palace, and Naime makes a lame excuse and doesn’t leave the palace Tatar and Halil Halid go to the British embassy and starts to work their plan. Halil enters the room and looks that Hechler is sleeping. Sabahaddin comes and enters the room and alerts Hechler. When Hechler exists the room, Tatar, and Halil Halid enter. Gulcemal and Bidar Sultan go to the doctor and ask about patients. Sinan tells to Bidar related to everything that had happened to him. Naime enters the room of Zekiye and steals the jewels from there. A Maccabee man comes to Goldschmidt and tells about the death of the twelve soldiers.

In Payitaht Abdulhamid Episode 117, Dilruba gives info to the Society and tells that doctor has found the treatment of the disease. Then Gulcemal speaks and says that Sinan doesn’t know anything. Naime efforts to exist in the palace secretly, but Shehzade sees her. Halil comes and hands over a report to Hunkar of what he has spoken at the embassy. Hunkar realizes the effects that the Rumelia’s territory is at risk due to the Berlin treaty. Hunkar calls the British and Russian ambassadors in the palace. Gulcemal is sad due to the plan of Madame and thinks to take action. Zekiye with Marco goes to the meeting. Naime goes to the meeting and hands over the jewels she took from the room to Marco. Naime helps to save Zekiye. Naime listens to the voice of the person who has kidnapped Zekiye. Halil Halid with other agents prepares attack for Goldschmidt in a house. The Maccabees go to the location and the fight starts. As the fight is continuing, Goldschmidt invades the house with toxic gas. Halil Halid cannot exit the house. Gulcemal efforts to protect people in the laboratory and rescues them. Meanwhile, Bidar Sultan looks at the laboratory. The building explodes as soon as when Gulcemal exists in the laboratory. The ambassadors enter the palace and blame Hunkar for the wrongs of Zuluflu. Hunkar decides to end the meeting between Russia and Austria, but the envoys don’t agree.

Without ads, permanent access to Payitaht Abdulhamid Season 4 Episode 118 and many more can be achieved by subscribing membership on Multipoint TV by Clicking below button.

Have you Enjoyed Episode 118?