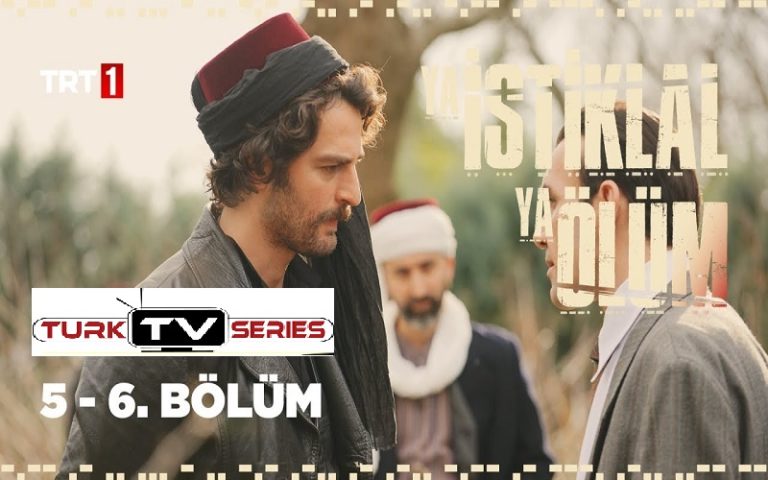 Ya İstiklal Ya Ölüm Episode 3 & 4 Review

In Ya İstiklal Ya Ölüm Episode 3 and 4, Fuat Pasha meets Mustafa Kamal and discusses for the capturing of British officers. In the coming war ministry, once again Ryan speaks sternly that the telegrams which soldiers have sent must be not encoded, and the armies must never bring weapons. Ihsan Bey makes a plan to create a telegraph secretly to communicate with Ankara. Meanwhile, Mustafa Kemal is taking some decisions to handle the orders receiving from Istanbul. Sir Milne and Sir Robeck discuss related to the blocking of Anatolia and now how they can stop it. Adnan Bey and Halide Hanim try to make fake identities.

In Ya İstiklal Ya Ölüm Episode 3 and 4, Topkapili has a plan to snatch the guns of the British. Kemal chases the Indian troop, who is protecting the weapons of the store. Gandhi meets the British governor and resists the occupation. From all over the world, the protesting telegrams depress Robeck. Galip is wandering around the mansion of Ferit Pasha to find the job. When Hikmet leaves the mansion, he begins chasing him. Milne comes to know that in Anatolia the British soldiers are arrested. Galip chases Hikmet and comes to know that he is the father of Nazan. After getting their fake IDs, Halide and Adnan Bey are ready to set off. As the headquarters, the Representative Committee is accepted by the soldiers and governors of Anatolia gradually.

In Ya İstiklal Ya Ölüm Episode 3 and 4, Robeck becomes angry at Bennet due to the escaping of deputies. Mustafa Kemal says to his friends that there will be a break in the parliament due to the deputies’ arrest. Fevzi Pasha and Topkapili meet and Fevzi tells him the place of weapons storage. Mustafa Kemal with his friends discuss about the assembly in Istanbul will not work further and makes a plan to summon the assembly at the last of April in Ankara to symbolize the will of the people. Bennet warns Pandikyan about the escaping of deputies from Istanbul. All over the Anatolia, the telegrams are sent by Mustafa Kemal and his soldiers for opening the founder parliament in Ankara. Salih Pasha makes efforts to claim by speaking that lawmakers are arrested and transfer to Malta, but Ryan speaks that the British will grab the management if they don’t make any change. All deputies join parliament to discuss about the arrests and also to talk related to the incapability of the assembly to do jobs freely.

In Ya İstiklal Ya Ölüm Episode 3 and 4, When Mustafa Kemal is training with the troopers, he gets the news about the closing of assembly. Milne thinks to arrest the deputies because of the arrest of soldiers of the British in Anatolia. Halide Edip and Adnan Bey change their get up and set off. The telegrams which are sent by Kemal, some objections are highlighted related to the opening of the parliament.  After that, the name of the parliament has been changed. Galip sees Nazan in the park when he is waiting. Galip speaks to Nazan but Nazan doesn’t respond in good manners. But later they become friends. Adnan Bey and Halide Hanim leave the ferry at Uskudar and set off from the port. Then they both go to a lodge and put himself in a hiding place. Topkapili discusses with his friends about the parliament and comes to know that runaway is very difficult.

In Ya İstiklal Ya Ölüm Episode 3 and 4, A man whose name is Nevres says to go Anatolia, but this makes everyone surprised, due to considering him a man of British. Halide Edip goes to meet his kids last time. Topkapili decides to kidnap Pandikyan. Robeck discusses the opening of a new assembly in Ankara to Milne. Milne becomes excited and starts thinking to explain the events to Curzon. Ihsan Bey discusses with his friends to create a hidden telegraph. While Mustafa Kemal and his friends are also searching for a building for the assembly to be created. Finally, Mustafa Kemal selects the old building of the committee of the Union for the new assembly. Halide Edip thinks to send their children abroad for their protection. Galip meets Nazan and Nazan speaks related to the arrests and also for the university.

In Ya İstiklal Ya Ölüm Episode 3 and 4, Bennet says Robeck about Halide and begins the operation. Mustafa Kemal gets news related to the train that is coming from the Rumeli to Istanbul, and two Greek and two Serbian soldiers arrived to involve in Anatolia, and 40,000 military aid has sent in the Izmir to Greek soldiers. Then Mustafa speedily telegraphs the 14th bench of the army and orders them to get the hostage of British. Bennet with British soldiers invades the lodge. Topkapili with his men captures Pandikyani. Halide Hanim comes to know that the British have invaded. Sagir will construct a fake charity center with the order of the British. Using this charity organization he will go over to Anatolia. Few commanders start to speak that the committee of representation is not required anymore because of the orders of the war ministry. Robeck tells that the main goal of Sagir is to kill Mustafa Kemal and stop the resistance.

Watch Ya İstiklal Ya Ölüm Episode 5 & 6 with English Subtitles

Without ads, permanent access to Ya İstiklal Ya Ölüm Episode 5 & 6 and many more can be achieved by subscribing membership on Multipoint TV by Clicking below button. 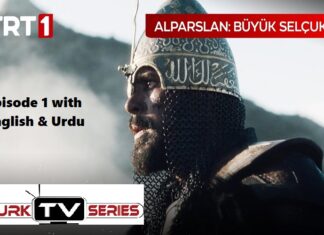