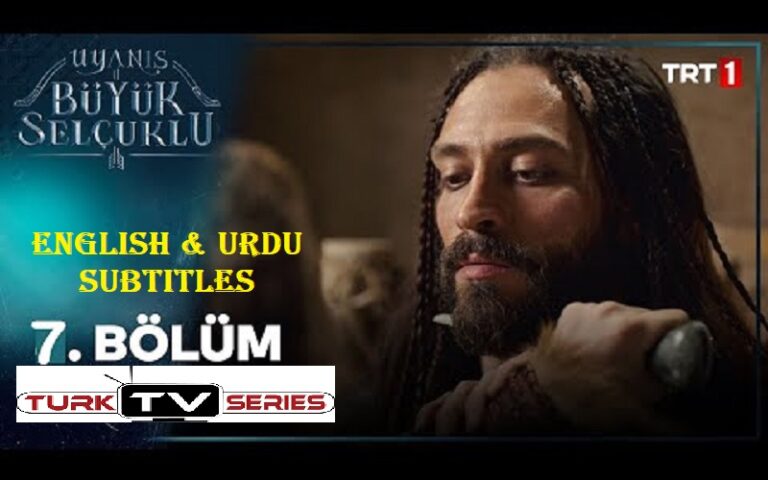 In Uyanis Buyuk Selcuklu Episode 7, Sanjar’s life is saved by Sultan Melik at the last moment. Sanjar says he wants to hands over the relics to Fatimids and wants deeper among them. Melik Shah doesn’t accept, but after talking to Nizam al Mulk, he gets agrees. The newborn baby of Sultan Terken dies and this makes her very upset.

In Uyanis Buyuk Selcuklu Episode 7, Sultan Melik goes to the palace and meets his wife. An injured soldier comes to the palace and this situation makes Hassan worried. Hassan sneaks into the room of the injured soldier and strangles him to death to save his own life. Sanjar hands over his relics to Behram and goes to Arslantas to get his treatment. Terken blames Elcin for the newborn baby and orders soldiers to find the paper at the accident site she has lost. Elcin chases the soldiers and kills them.

In Uyanis Buyuk Selcuklu Episode 7, Dai Attas and Hassan Sabbah are talking about relics and thinking about what should do with relics. Melik Shah summons Hassan and gets some information from him about the soldiers who are going to the Byzantine. Melik Shah attacks the soldiers of Byzantine with his soldiers and kills them. He hides in a chest and goes to the hiding place of the Fatimid. Sanjar finds the information about the place and takes action immediately to inform Nizam.

In Uyanis Buyuk Selcuklu Episode 7, Commander Andreas comes to know who killed the Byzantine soldiers and gets furious. Andreas sends an ambassador to Emir IIteber. Melik Shah talks Ghazali in detail and asks some questions. IItebar accepts the envoy Byzantine and signs an agreement with Byzantine. Behram gives an arrow to Sanjar to kill Ghazali.

In Uyanis Buyuk Selcuklu Episode 7, Emir Qasim says that he wants to become stronger so he wants to marry someone from the dynasty so that he can control Turks and Anatolia. Ghazali and Nizam go out to speak. Meanwhile, Sanjar is in waiting to get the proper time to kill Ghazali. Qasim asks Melik Shah to marry Elcin. After delivering the speech of Nizam, Sanjar shots an arrow towards Ghazali.

Uyanis Buyuk Selcuklu Episode 6 with English Subtitle is available to watch for free. Click on the Black button below trailer to Watch Full Episode.