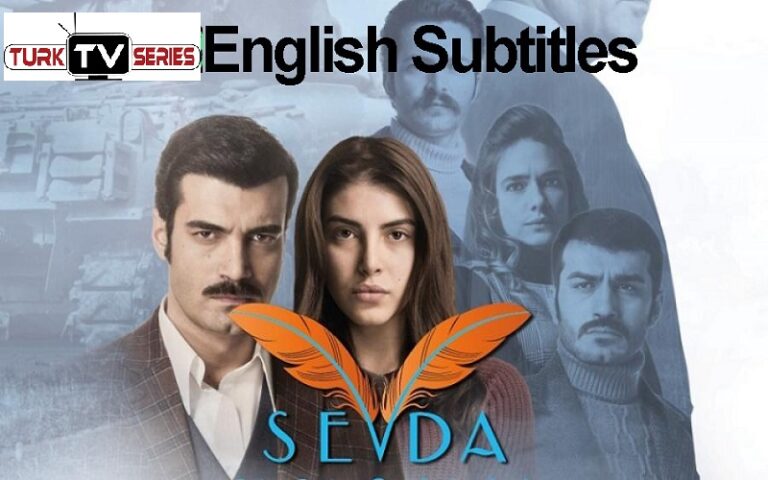 When the political issues have taken in Turkey, then the subject of the Sevda Kusun Kanadinda is the 1960s late. This series consists of thirty- one episode. In the first episode of this historical drama tells the successful period. Arif is the main character who wants to go into law school. Arif couldn’t get admission in university due to attending the religious education.

In Sevda Kusun Kanadinda Series, the environment of the university is very complicated. While the American Consul goes to Istanbul and the car of the Consul is attacked by leftist students of the university. Arif makes an effort to relax the invaders and protect the boys there. After that, Arif goes to Tumay in a tea shop, but an unknown group attacks at the Cafe. Commander Zafar keeps in view these incidents very deeply and wants to come to know related to Arif.

In Sevda Kusun Kanadinda Series, Zafar wants to leave his wife Esma that’s why he has a bad relationship with his daughter. During the conflict of the university, Arif is hurt why, someone. Arif is arrested and the daughter of Zafar says to her father to protect Arif. The university events have reached an unbearable point. The police went to the university and during this Tumay was injured. A group of students is inserted into a gun that was built by Arif. Arif looks at guns and takes a photo of them. Arif goes to Esma and talk. Umer tells to the Tumay about a murder which he saw. Tumay trusts Arif’s saying. Traiq makes a plan to play a last game and escape. Isik has feared from Tariq and asks for help from Zafer.

In Sevda Kusun Kanadinda Series, Zafer comes to know that his documents have been stolen by Tariq from his house.  Zafer searches a new dangerous man, his name is Fethi. The Greeks invaded Cyprus and this news reaches to Arif when he is dealing with the files which are given by journalist. The students of Arif determine to help Cyprus. The university students make a plan to help Cypruse and make a setup, but this setup was attacked by them. Zafer decides to release Omer and Arif. Zafer speaks good things related to Omer on the behalf of Tumay, but that things are fake.  Arif plans to kidnap the son of the Zafer and then he learns the murder of his father. Tumay goes to Isik and comes to know very suspicious things.

In Sevda Kusun Kanadinda Series, Arif begins to find his father a murderer. Zafer is trapped and caught. However, Omer is rescued by his father’s friend. Arif comes to know that Zafer has murdered his father and starts to take avenge. Tumay comes to know that his father is a killer. Zafer comes to know and sets a trap for Arif. Arif and Omer un attentionally move towards that trap. A bomb is a blast and Arif is injured seriously. Tumay comes to know his father’s bad deeds. After that Arif died in the hospital, and this incident affects Tumay. Tumay tries to suicide but she fails. Omer decides to take revenge for his friend. The workers of Zafer go on strike and this strike turns into deaths and injuries. Asim ready some structure of weapon to send it to some people.

How to Watch Sevda Kusun Kanadinda Series with English Subtitles

Sevda Kusun Kanadinda with English Subtitles All Episodes in HD

In Sevda Kusun Kanadinda Series, Zafer wants to get these draws. While Halid wants to go abroad. Omer takes the position of Solakli.  The tension created by Zafer and Admiral affects everyone badly. Omer becomes a part of the mafia and rapidly rises in the mafia. Zafer threatens Asim to stop him. Omer learns that her lover lady is in danger and start to save her.  However, Erbakan organizes a new party. Omer needs some money to save Filiz and then he begins to sell weapons. Admiral decides to take action and launches new fights. Omer is captured and jailed.

In Sevda Kusun Kanadinda Series, After releasing from jail, Omer falls into a trap of Admiral. The conflict is arising among the police, soldiers, and students. Admiral plans to kill Omer and Isik. Leyla comes to know about the meeting in the secret coup and tells it to Zafer. After the recent incidents, Martial law is applied. Admiral decides to kill the head of staff in the coup. Zafer is in waiting for Admiral with a gun. Zafer forced the staff chief to strike. Admiral understands and tries to kill earlier before their act. The soldiers start to catch everyone. Omer takes steps to stop Admiral. The chief of coup staff and the others decide to show a memorandum and say to the prime minister for resignation.