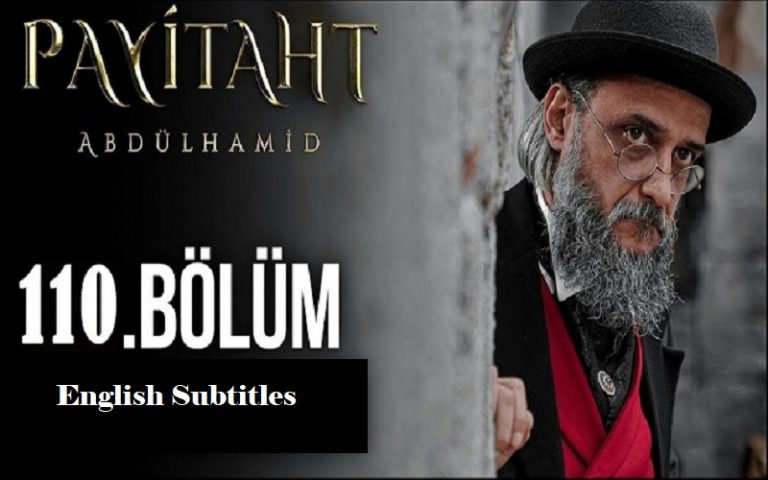 In Payitaht Abdulhamid Episode 109, Zalman captured Ahmed Pasha, Ismail Hakki Bey, and his father, but they remain quiet about the organization. Grun tortures them continuously. While Sultan Abdulhamid is worried about his friends. Meanwhile, a representative of the Ottoman in Russia gives a coded message to the Sultan. Panayit and his guards drag Halil Halid into the rim. Nadir Bey takes Yanik, while the belief of liberation doesn’t come out for agents. Yanik holds his men. Halil Halid tells about a meeting that will be organized and set out to Yanik and Panayit together. Hunkar meets Pashas and discusses a meeting that is going to held between Austria and Russia. The states of Europe will be organizing a meeting related to Rumelia and the consequences of this, they will interfere in the lands of Ottoman. Hunkar wishes to end this meeting.

In Payitaht Abdulhamid Episode 109, Halil Halid assassinates Panayit in the market. From Ahmed Pasha and Ismail Hakki, no news comes. Hunkars orders the police officer to find them. The news arrives that someone saw Pasha in the jungle. Hunkar thinks that they are abducted. Hunkar invites French, Russian, British and Austrian ministers to the prey. Bidar Sultan ponders that Behice will come to conduct the Harem, this situation makes her upset. Zulfet Kalfa meets Bidar Sultan and informs that she is ready to go. Bidar doesn’t agree and pressurize her to remain with her. Madame Blavatsky exposes the chest that she finds. A region with symbols and images, a keystone and a miswak appears from the chest. Madame pounders that each and everything that appears out from this box keeps a meaning and begins to think about meanings.

In Payitaht Abdulhamid Episode 109, Hunkar meets ambassadors for hunting in the jungle. Hunkar shoots with a rifle into the air, but the fire of bullet strikes a tree. Ambassadors don’t understand this situation. Hunkar tells that it is a hit and can be happened at any time. The Ambassadors wish to go away from that hunting place immediately. But Hunkar doesn’t allow them and says his friends are abducted and this is a time to do something for them. Halil Halid wishes to adjust a deal with Yanik, but he doesn’t agree with it. Yanik demands to compensate for his damages and Halil accepts to protect the trader from being injured. Grun says Zalman that he has nothing learned. Meanwhile, a person who does a task for the British embassy meets Zalman and informs that the ambassador is in trouble. Now Zalman releases the prisoners. Zalman thinks a plan to come to know about the organization. Ahmed Pasha succeeds in getting rid of chains.

In Payitaht Abdulhamid Episode 109, Then he saves Ismail and also his father. Marco informs Naime that where Shehzade is. He also tells that Shehzade Abdulkhadir has forcefully accepted money from the trader using his name. Khadir Efendi tells he is the guard of an organization and the secret assistant of Hunkar is Ahmad Pasha. A paper emerges out from Khadir’s pocket. It is written in this paper, Khadir is affected by poison and how we can save him. Now Ahmad has no selection but put the organization together. Khadir informs the place of the other key. Nadir gives a notebook to Halil Halid about Yanik. This notebook is related to the entire money of Yanik. Hunkar receives a message from Ahmed pasha that he is fine, and permits ambassadors to go. While Madame deeply thinks to understand what is written on the globe. Naime talks to her mother and tells about the learning of Abdulkhadir, but Bidar Sultan doesn’t trust.

In Payitaht Abdulhamid Episode 109, Ismail Hakki and Ahmed Pasha move towards the mosque in the Rumeli fortress and get the key that was hidden there. Tahsin Pasha informs that the European ambassadors need to talk about the railroad to Hunkar. Mahmud Pasha meets a sick girl when he goes home. Mahmud Pasha talks to girls and says he will do the job for the main business. Tatar Bey and his men meet to a man of Yanik and tell they will pay reimbursement that Yanik wishes, but they need some time for this. Cemile Sultan meets Hunkar and says he has called his daughter to the palace. The plan of Mahmud Pasha doesn’t succeed and he changes his ideas about a sick girl. Hunkar receives a paper from Tahsin Pasha and sets out after reading it. Bidar Sultan scans the bank account of Abdulkhadir and sees a lot of money deposited in the bank. Hunkar meets Ahmed Pasha and hands over the other part of the key.

In Payitaht Abdulhamid Episode 109, To keep the association secret, Hunkar thinks a plan. In this plan, Hakki Bey and Tahsin will organize the organization, and Pasha will arrange a fake call. Zalman tries to convince Zuluflu.  Naime meets his father and says that she has known where Abdulkadir is. Frida and Aabahaddin built a plan to develop their trust in front of Mahmud Pasha. Naime talks to her mother and says her father has permitted her to go to Abdulkhadir’s place. Tahsin Pasha and Hunkar change their get up and go to a house. Hunkar discusses the business plan of Haydar and offers to add his wife to this business. Halil Halid with his agents sets out to hold the business. While Cemile Sultan comes to know that Zekiye will arrive at the palace, but she doesn’t show it on Naime and Bidar Sultan. Naime and Bidar are about to go, but Naime feels not batter and stays there in the insistence of Cemile Sultan.

In Payitaht Abdulhamid Episode 109, Hunkar meets Ahmed Pasha and informs that a fake meeting will be organized. Tatar with his agents tries to get money from Yanik, but at the same time, Soghutlu and Halil Halid get the money and take it from Yanik’s place. Tahsin Pasha and Ismail Hakki find the secret safe and open, but the safe is empty. Bidar Sultan goes to Izmit and talks Shehzade Abdulkhadir. Tahsin Pasha and Hakki Bey take the chest to Hunkar. Hunkar comes to know that the chest can be opened by Tahsin Pasha due to its hidden codes. Deli Namik and Gavur Husnu meet Halil halid tell that they have known who stole money. Ahmed Pasha meets Hunkar and gives him the message that he found. Ahmed Pasha organized a secret troop of twelve, but on the other side, Zalman also established the secret troop.

In Payitaht Abdulhamid Episode 109, Halil halid meets Yanik and delivers the money to Yannik. Bidar Sultan secretly sees Abdulkhadir in the market, a person who changes his get up like Abdulkhadir enters the market and gets money from merchants forcefully. She realizes that Abdulkhair is pure. Halil Halid with his agents explodes the money of Yanik safe. While the other side Hunkar is waiting in Dungeons, then Zalman with his men attack. A fight starts between the men of Zalman and the soldiers of Ahmed Pasha. Zalman enters the room and readies to pull a shoot at Hunkar, but Ahmed Pasha restrains him and the fight starts. Ahmed Pasha overcomes Zalman.

Without ads, permanent access to Payitaht Abdulhamid Season 4 Episode 110 and many more can be achieved by subscribing membership on Multipoint TV by Clicking below button. 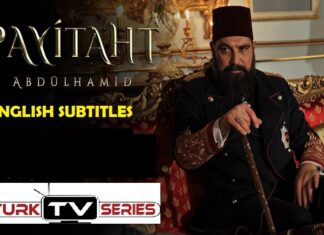