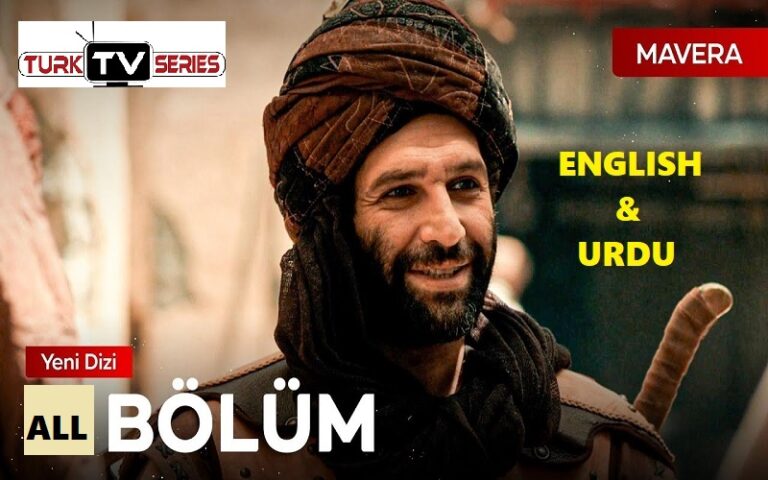 I’m going to tell you a story.  A story heard by no ears, seen by no eyes…  …a story left to be forgotten within the ashes of time.  Story of four man that ride their horses towards the unknown.  Four lonely, orphan and solitary men.  The first one of the four man, the first traveler…  …the diamond of the sea of knowledge, Hadje Ahmed.  His companion, Mahmud.  Mahmud, who gave his life in order to be a loyal friend.

Pehlivan Khamza from the past, who raised them since they were child…  …and the struggling Dervish of present,  Also me.  Arslanbab’s son, Mansur.  Mansur, follow us, come on.  Or you are going to be lost around here.  I’m coming right away.  My late father, Arslanbab…  …was the teacher of Hadje and the others.  When he passed away, I followed after Hadje Ahmed.  While I was leaving the lands I was born behind, and taking shelter in the safe haven of Hemedani Hadrath…  …and while going to far lands with Hemedani Hadrath’s orders, I did not hesitate.

Horses were running, and the road was laying ahead of us.  Hadje Ahmed was in front of us.  When Hadje stands in front of you, then there would be not fear in your heart.  Our story started on that path.  And thank Allah, it did not end afterwards.  Four horsemen changed the course of history drastically.  But no one heard about it.  Now you will hear it.  What you are about to learn is the story of a Dervish, who earned a living through making wooden spoons…  …to make wooden swords that will leave non-erased marks on the world.

This is the story of strong soldiers that conquered cities that couldn’t be opened by force…  …and opened doors that couldn’t be opened with iron swords, with wooden swords.  In short, the paper and ink’s time to unite has come.  The strange city called Baghdad, and weird things we have experienced there…  …will be revealed by my words.  Our story is branded with knowledge.  InshAllah, it will be conveyed with knowledge.  The legend of 4 poor Dervish from Turkistan, whose stories were not recorded in history.  I’m mansur, the son of Arslanbab.  Pehlivan Khamza.  Mahmud, the loyal companion.

How to Watch Mavera Season 1 All Episodes with Urdu Subtitles

Mavera series will officially on-air on the Turkish channel TRT1 from 12th April 2021. You will be able to watch Mavera Season 1 in English subtitles and Mavera Season 1 in Urdu Subtitles here. So, don’t forget to share this in your circle.

Also Hadje Ahmed.  May Allah let my pencil and words convey the truth.  With the name of Allah.  Come on now my dear.  Push it. Push it.  Come on my brave son.  Come on.  We won’t stop!  Father.  There is someone coming.  Take Urungu and go there.  Peace be upon you.  Peace be upon you too.  Mansur.  -Have a nice work. -Thanks.  What’s going on?  The horse was scared.  And it took the cart out of the path.  There is a broken piece, we are trying to fix it.  After we manage to save the cart, we are going to pull it.  You are okay, right?  We are fine, thank Allah.  Do you need help?  Can we?  What a strong horse.