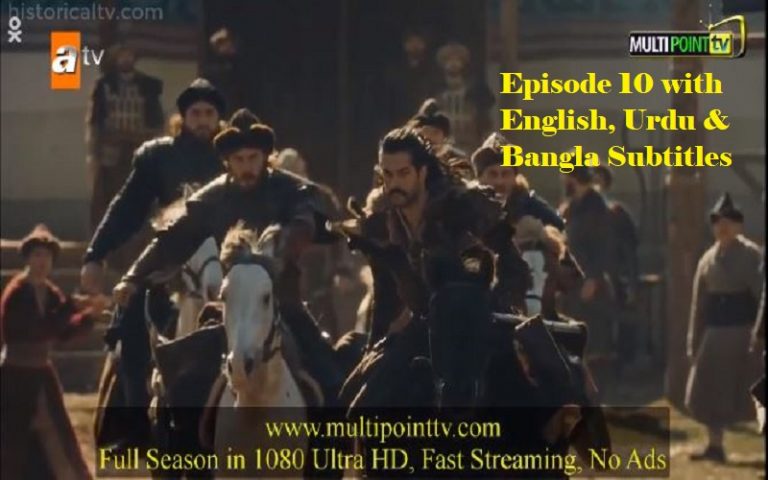 In Kurulus Osman Episode 9, Alisar comes with his men in the Kayi tribe to capture Osman Bey. This incident enhances the tension in the Tribe. Gunduz Bey and Selcan stop to do this. Alisar Bey says to Gunduz that he forgot what the rules in the castle, but Dundar doesn’t allow him to take Osman. Meanwhile, a debate is created between soldiers of Alisar and Kayi soldiers. Alisar Bey said to Osman, this will be a just trial. Later on, Osman leaves his sword and readies to go with Alisar Bey. Sheikh Edebali narrates a story of Hazrat Hamza in front of Bala Hatun. Salvador, who impressed after listening to the story of Bamsi son says he wants to accept Islam but Bamsi doesn’t sure about him. Salvador says I will become your son for whole life if you don’t erase me.

In Kurulus Osman Episode 9, On the other side, princess Sophia with Yannis makes a plan to take revenge. Samsa Bey and his Alps bring Osman from the men of Alisar. Salvador accepts Islam and says I bear witness that there is none worthy of worship except Allah and I bear witness that Muhammad Peace Be Upon Him is His servant and last messenger. Osman Bey and his men make a plan to capture the gold which will be brought from Konya. Alisar Bey with his tropes meets Sheikh Edebali and asks about the last night incident. Osman and his Alps get surprised to see Salvador in doing ablution. Bamsi Alps relaxes everyone. Alisar discusses the murder of Kalanoz, while Sheikh Edebali favors Osman. After meeting, Alisar comes to know that Osman has freed.

In Kurulus Osman Episode 9, After listening to this news, Bala Hatun goes and asks his father about Osman. Sheikh Edebali says her not to take part in this matter. Princess Sophia meets Alisar in his mansion. Meanwhile, Osman Bey with his men also comes in Alisar’s mansion. Osman Bey surrenders and says he has trust in Alisar’s justice. Princess Sophia concerns about Salvador, but Osman Bey explains all the facts about the raided of new bazar. Salvador tells the place where gold is available that they can get after the raid. Princess Sophia wants to go outside from mansion, but Osman Bey and Alisar don’t permit her. Osman Bey’s soldiers change their get up and go to the Caravanserai. Princess Sophia refused about all her miss deeds but Osman Bey reminds her crimes.

In Kurulus Osman Episode 9, Alisar sends Sophia to the cell. Osman Bey gets permission to bring gold back. Salvador and Bamsi set off for taking gold. Samsa bey and his men fight with Mongols and catch the gold. Osman Bey discusses Sophia and Yannis to Alisar Bey. Alisar bey says to Osman that he knows you love Bala Hatun and asks what will you do for her? Princess Sophia loses her temper in prison. While Alisar Bey comes to know from their men about getting gold from the Mongols. Efendi Yannis gets angry when he comes to know that Sophia is in the cell. A soldier comes and informs Yannis that Osman Bey’s men are capturing gold. Alisar Bey with his soldiers sets out for the caravanserai. Efendi Yannis changes his get up into an astrologer and set off to meet Alisar Bey. One soldier gives dinner to Princess consists of a knife and a written page.

In Kurulus Osman Episode 9, Princess Sophia becomes happy to see a knife. The deaf beggar draws the symbol of Kayi’s flag. Alisar Bey thinks the offenders are Kayis. He gives a pouch of gold to the Yannis and astrologer tells about the darkness of his future. Princess Sophia uses the knife and kills the guard of the dungeon. Aygul meets Bala Hatun in the market. After killing the guard, princess Sophia escapes from the mansion with the services of Nizamettin. Osman sends his message to Bala Hatun for meeting through an Alp. Bala Hatun goes to meet with Osman irrespective of her father’s saying. Bala Hatun thanks to Allah to see Osman safe and sound and Osman explains the whole incident. Osman Bey offers a gift for Bala Hatun. Bala Hatun requests him not to call her again. Princess Sophia goes to her castle and says how she can stop to Alisar Bey. Efendi Yannis says, he has changed his get up into an astrologer and he has an influence on Alisar bey.

In Kurulus Osman Episode 9, Bala Hatun meets her father and wishes to explain what Osman did. Sheikh Edebali sends Bala Hatun to thinks about her mistake. Osman Bey comes back to the Tribe and discusses the following Sunnah of Salvador. Salvador’s name is changed in Abubakr Siddiq by Bamsi Bey. Osman Bey decides to give gold to the poor. Bala Hatun becomes very sad after listening to her father’s words. Alisar Bey hears the news of fleeing of princess Sophia and asks from his soldiers. After that, he remembers the words of an astrologer. He gives orders to his men to take an astrologer to the mansion. Dundar Bey feels fear to marry his daughter with Alisar Bey and makes a plan and orders to hold a meeting.

In Kurulus Osman Episode 9, Selcan and Osman Bey talk about the marriage of Aygul. Osman Bey thinks that Sheikh will change his decision one day about his and Bala Hatun. Dundar Bey starts to talk at the ceremony and divides the task between the men of the plain. Gunduz accepts the responsibility of monetary affairs. The head of all Alps is Batur Alp. The deputy chief of Dundar Bey is Osman Bey. Osman bey goes to a plain under a tree with his horse. He talks to his horse about bringing justice in the world according to the orders of Allah Almighty. Alisar Bey meets Sheikh Edebali and offers a partnership. Dundar Bey talks to Osman and says he doesn’t want to marry Aygul to Alisar Bey.

In Kurulus Osman Episode 9, Sheikh Edebali says what’s the demand of your partnership? He says he wants Bala Hatun as a wife. Dundar says that he has promised to Alisar to give Aygul to Osman Bey for making batter plans. Gunduz with his men stays near a river to take rest. Suddenly some soldiers attack and hurt them which is sent by Alisar Bey. The Gunduz’s Alp returns to plain due to the serious injury of Gunduz. Zohre Hatun meets Selcan Hatun and says that Osman should marry Aygul. When Osman near to speak to his uncle he hears the news of his injure brother. Gunduz Bey severs injury and everyone considers him dead. Sheikh Edbali rejects Alisar Bey’s proposal after saying his daughter is not suitable for you. Zohre Hatun orders to remove arrows from the Gunduz body. Batur Alp tells may be castle did this. But Osman Bey doesn’t believe. Osman learns what Alisar cheated and goes for trapping.

To know about all these questions, you need to watch episode 10 of Osman on multipointtv.com without any ads.

Those who are searching for watching Kurulus Osman episode 10 with English subtitles in Ultra HD 1080 resolution free of cost, Click below black colored button. 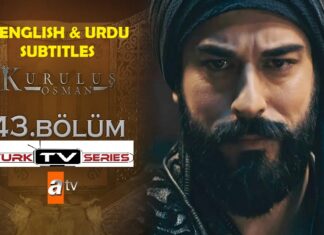 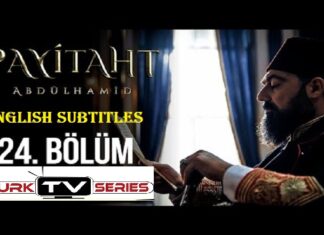 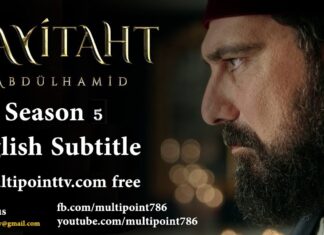