In Alparslan Buyuk Selcuklu Episode 7, Lord tried to kill alp Arsalan but he fell to the ground. Alparslan viewed the scar on the face of the lord and he came to know that lord was the man who attacked his tribe a few years ago. During this, Atabey and caghri reached there to protect Alp Arsalan. Lord and Diogenes started to flee from the battleground.

The doctor was called by the sultan to treat the wounds of alp Arslan. Sultan also told that the army would be led by Suleiman. Suleiman came to know that alparslan had a wish to take over the soldiers. Later, alp Arslan came to the headquarters and began to prepare the soldiers. Diogenes started the preparation of soldiers against the Turks attack and he demanded more soldiers from the lord.

When Diogenes asked for more soldiers, the lord realized that there was a traitor among themselves. Therefore, the lord called alpagut. Lord sent a secret message to Akca and he read it. After reading the message of the lord he went to the meet lord in the forest. Gunduz was executed by alparslan and in front of everyone,  he opposed Suleiman. when the preparation of war had finished, the sultan came to the headquarters to communicate with the army.

Akca was seen in the forest by the lord. Lord ordered alpagut to kill Akca. When Tughrul was close to leaving, the envoy of the caliph reached there. The envoy told that the emperor of byzantine could have killed the Muslims. So, the sultan should have to cancel his plan of attack. Sultan quickly arranged a meeting and changed his plan of attack to save the life of innocent people. Later, the sultan told that he had selected alparslan for his heir. Sultan was thanked by Alp Arslan but he refused to take sultan’s heir.

Alparslan Buyuk Selcuklu Episode 7 English Subtitle is available to watch for free. Click on the Black button below trailer to Watch Full Episode. 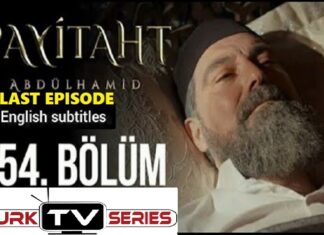