In Alparslan Buyuk Selcuklu Episode 26, Ferzat burnt all the shooting launchers in the secret base to trap Diogenes and then met up with Alparslan. Alparslan trusted what Ferzat told him and said that he would now work jointly  with the Turks. The lord assumed that the launches had gone missing and asked Alpagut to structure the soldiers in Ani. Caghri Left his wife’s grave after praying to reach the tribe, but Diogenes resisted him.

Alparslan and his allies rolled in to rescue Caghri. When Alparslan took the life of Nestor, he straight away picked up his injured father and moved ahead to the tribe. Ferzat arrived at the palace and said that he had informed the Turks about Diogenes’ game plan . Diogenes thristed for the murder of Ferzat, but the King resisted him. Ferzat said that he built the faith of the Turks and that he would work for Byzantium in the coming days. Biruni cured Caghri’s injuries but informed he should not use his leg until it recovered.

Due to Caghri’s injured leg, he apologized for leading the army and said he would pick a new leader soon. While the King  was discussing the fleet heading to the city, Rati said he yearned to put bombs on them. The Lord agreed on this idea to harm the Turks. Alparslan threw a plan to explode the waterway connecting to the palace. Hassan said this plan was risky, but he could not halt it.

Alparslan and a few mercenaries started to search for the water canal on the edge of the cliff. Alparslan put the bombs he carried with him into the cave and explode it after assassinating the keepers. Caghri decided to give Yinal the command post. Caghri then met up with his sons and shared with them the reason behind making such a decision.

Akca reached the palace hiddenly to meet with the King. Kinginstructed Akca to remain in the palace till the end of the war. Alparslan’s warriors brought one of the fleet they seized to the tribe and rest to the headquarters. The secret agents in the cars exploded the bombs.

Alparslan Buyuk Selcuklu Episode 26 English Subtitle is available to watch for free. Click on the Black button below trailer to Watch Full Episode. 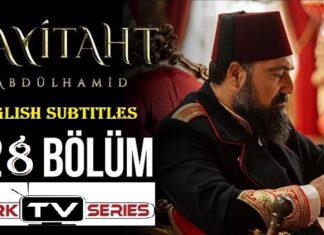