In Alparslan Buyuk Selcuklu Episode 23, Just when Alparslan was putting swords in the cave, Diogenes exploded at the entryway. Rati wished to invade Merv, but Diogenes halted him. Alparslan assisted Suleiman after the blast and straight away began searching  for an emergency exit. Alparslan got an air hole and tried to get out. Rati checked into the Armenian village and captured the monk with Diogenes.

Akinay noticed that Akca was very upset and told a story to cool her down. Alparslan rescued his companions by saving this air hole. The emperor said that he would be unable to come back to the palace again, but after Alparslan began to share his plan, he turned his mind. Evdokya considered that her uncle was no more and planned to run away from the palace in order not to marry Ivan. The Lord arrived at the palace as the mercenaries tried to curb the princess.

Diogenes and Rati started to inquire about the Lord. The Lord asked everyone inside. Alparslan came back to the tribe and told his family what had gone through. Caghri had a word to Hassan about Alparslan’s marriage to Akca and convinced him. Hassan requested Alparslan never to upset Akca.

Kekaumenos said he would hand over Vaspurakan to Rati and made out  to calm him down. The Emperor said that he would permit Evdokya to marry Diogenes so that he would achieve a better level. Diogenes easily agreed to this offer. After Dukas began to return to health,  he had a word with Yinal and instructed him to capture the princess.

Ferzat’s men captured  the priest, who was on the way to the wedding in the palace and ran inside, using his wagon. One of Ferzat’s soldier injured mastermind in a short time and captured Evdokya. Diogenes considered that the Turks did this job. Alparslan entered the palace and began searching for Kamar. Alparslan got his friend’s body in the lockup but Diogenes locked him there.

Alparslan Buyuk Selcuklu Episode 23 English Subtitle is available to watch for free. Click on the Black button below trailer to Watch Full Episode. 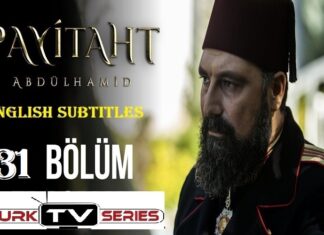